Lighthouse CLI tool version and user agent on Chrome can vary on version 2.92

We Can Help, Schedule a Call Now

Lighthouse CLI tool version and user agent on Chrome can vary on version 2.92

The Lighthouse tool and a user agent on Chrome, Chrome canary & the Command line interface (CLI) will differ, and the outcome may differ somewhat. Until Lighthouse version 2.9.2, robots.txt files weren’t reviewed.

When they were using the lighthouse command-line interface and chrome lighthouse tool version Whitehouse 2.9.40.

It said the page is blocked from indexing robots.txt but the chrome lighthouse tool which is 2.8 using an emulated Nexus 5x user account says it is fine and can be indexed.

After doing some research on the Google Lighthouse CLI it appears that version 2.8 of the crime extension did not check the robots.txt file. They weren’t checked until version 2.9.2 which is why they were seeing it pass in 2.8 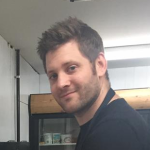 I have been designing & marketing websites since 2013. I specialize not just in WordPress web design but also in online marketing. SEO, PPC, keyword research, link-building and most recently on lead acquisition for local businesses.